On behalf of the Andrews Labor Government, I’m delighted to welcome Geelong-Korea Baseball for its second season in the elite Australian Baseball League (ABL).

Victoria lives and breathes sport, and no one puts on a show like we do.

As the proud home of the AFL’s Geelong Cats and host city for A-League and Big Bash League matches, Geelong is a major player on the sporting stage.

All 40 of the team’s ABL games, including 20 in Geelong, will be broadcast live into Korea and elsewhere in Asia, promoting Geelong and the Surf Coast to millions of people.

We’re expecting a big crowd when Geelong-Korea plays its first home series against Sydney from 21-24 November at Pioneer Park.

More than 650 events have been funded through the Significant Sporting Events Program since 2010, and more than half of those events were held in regional Victoria.

We’re proud to have supported more than 200 events through the Regional Events Fund, bringing visitors to towns and cities across the state and providing jobs for locals.

Geelong-Korea Baseball will attract baseball fans to the wider Geelong region, stimulate the local economy and inspire more people to stay active and healthy through sport.

I wish Geelong-Korea the very best for season 2019-2020 and encourage everyone to come along and watch a game or two at Pioneer Park. 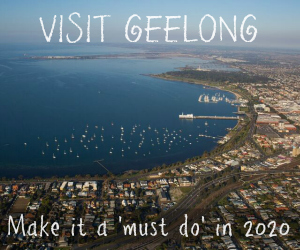